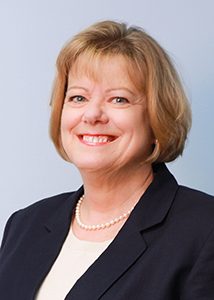 Celia Hooper has been the Dean of the School of Health and Human Sciences at UNCG since 2012. Prior to her appointment, she served as the Dean of the School of Health and Human Performance from 2007-2011. A native of Thomasville, North Carolina, Hooper earned her B.A. in speech communications and theater arts from Wake Forest University, and her M.A. in speech pathology from UNCG, in 1974. After working as a speech pathologist in the Mount Airy School System in North Carolina, she went on to obtain her Ph.D. in Speech and Hearing Sciences from Case Western Reserve University in Ohio in 1979. She began working at UNCG in 2003 as a Professor and Department Chair for the Department of Communication Sciences and Disorders.