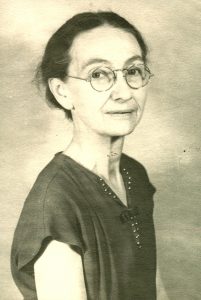 Strong died in 1955. The Cornelia Strong Residential Hall is named in her honor.