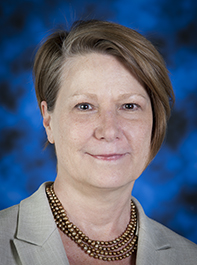 Dana Dunn is currently the Provost and Executive Vice Chancellor for Academic Affairs at the University of North Carolina at Greensboro (UNCG). Dunn joined UNCG in 2014 from The University of Texas at Arlington, where she held a series of progressively responsible academic leadership and faculty roles over a period of 27 years. She led Academic Affairs for eight years, holding the title Vice-President prior to being named Provost. Dunn received her B.A. in sociology and M.A. in political economy from The University of Texas at Dallas. She earned her Ph.D. in sociology from the University of North Texas. Dunn is also a Professor of Sociology at UNCG with a research focus on gender and the workplace.