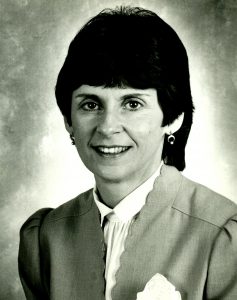 Elisabeth Zinser was Vice Chancellor of Academic Affairs at the University of North Carolina at Greensboro (UNCG) from 1983 to 1989.  Zinser came to UNCG from the University of North Dakota, where she had been Dean of the School of Nursing from 1977 to 1981, and then Provost briefly in 1982-83. At the time of her arrival at UNCG, she was the only woman among UNCG’s top seven administrators, and the first female vice chancellor since 1971. Zinser arrived in a period of declining enrollment but when she left in 1989, enrollment was on the rise. Research support for faculty tripled during her administration too.