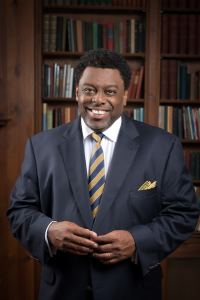 Franklin D. Gilliam, Jr. was elected as the eleventh Chancellor of The University of North Carolina at Greensboro, by the Board of Governors of the University of North Carolina, effective September 8, 2015. Prior to this appointment, Dr. Gilliam served as Dean of the UCLA Luskin School of Public Affairs for seven years and was a longtime UCLA Professor of Public Policy and Political Science.