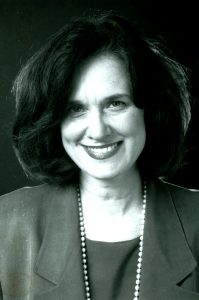 Joanne V. Creighton served as the dean of the College of Arts and Sciences at the University of North Carolina at Greensboro (UNCG) from 1985 to 1990. Before coming to UNCG, Creighton had been a professor of English Literature from 1968 to 1985 at Wayne State University, and served as interim dean of the College of Liberal Arts and Sciences there from 1983 to 1985.  After leaving UNCG in 1990, Creighton became provost at Wesleyan University in Middletown, Connecticut, where she served until 1995.  During her last year at Wesleyan, she also served as interim president of the university. From 1996 to 2010, Creighton was the President of Mount Holyoke College in South Hadley, Massachusetts. From 2011 to 2013, she served as interim president of Haverford College, in Haverford, Pennsylvania.