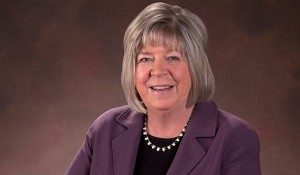 Lynne Pearcey was Dean of the School of Nursing at UNCG for 23 years, from 1990 until her retirement in 2013. During her time as Dean, the School of Nursing established a Ph.D. in nursing, and became a highly selective and rigorous nursing school. Pearcey arrived at UNCG in 1989 as a professor and associate dean. She later was named interim dean in 1990 and received the permanent appointment as dean in 1991. Additionally, she taught at the Bowman Gray School of Medicine at Wake Forest University in Winston-Salem, North Carolina. Pearcey earned her B.S.N. at Eastern Kentucky University in 1974, and her M.S.N. and Ph.D. (Educational and Counseling Psychology) degrees at the University of Kentucky, in 1975 and 1982, respectively. From 1982 to 1989, she was a professor of nursing at the University of South Alabama-Mobile (USAM). During her tenure in Alabama, Pearcey chaired the Mental Health Department at USAM, and was Director of Nursing at the University of South Alabama Medical Center.