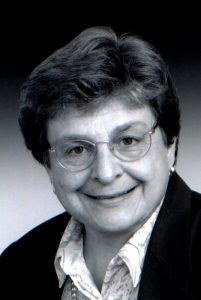 Mariana Newton was a professor of Speech Pathology at the University of North Carolina at Greensboro (UNCG) from 1969, until her retirement in 2000. A native of California, Newton received both her B.A. and M.A. degrees from the University of Redlands, in Redlands, California, in 1960 and 1963, respectively. She received her Ph.D. from Northwestern University in 1969, and was hired at UNCG to direct the Speech and Hearing Center. From 1969 to 1985 she was the Director of the Speech and Hearing Center at UNCG. From 1979 to 1985 she was Director of Graduate Studies for the Department of Communication and Theater. From 1989 to 1994 she was the Chair of Interdisciplinary Programs in Gerontology, and from 1992 until her retirement in 2000, she was the Director of Graduate Studies in Communications Sciences and Disorders. In 1999, a year before her retirement, Newton received the School of Health and Human Performance Teaching Excellence Award for innovating technology in the classroom and for helping to develop the plan for the new Masters’ degree in gerontology.