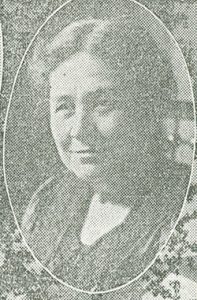 Mina Rosenthal Weil was a native of Goldsboro, North Carolina and was a strong supporter of the Woman’s College (now UNCG) for many years. She established the Henry Weil fellowship fund in 1924, named for her husband, a Goldsboro businessman and philanthropist. It awarded each year to a member of the undergraduate graduating class for advanced study in a master’s or doctoral program at UNCG. Weil Residence Hall, which opened in 1939, is named in Mina Rosenthal Weil’s honor.