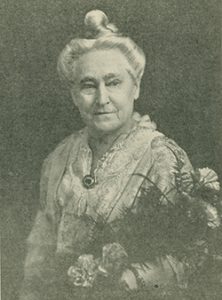 Sallie Southall Cotten (1846-1929) was a writer, a women’s rights activist and a reformer. She was one of the founders of the North Carolina Federation of Women’s Clubs in 1902, and served as the federation’s president from 1912-1913. During her term as president, she was influential in achieving legislation which made women eligible for service on public school boards. Several Women’s Clubs in North Carolina offer scholarships in her name to North Carolina students. Cotten Residence Hall, first opened in 1922, is named in honor of Sallie Southall Cotton.