William D. Carmichael, Jr. held various offices in the Consolidated University of North Carolina for more than 20 years, from 1940 until his death in 1961. He was a guiding force in the establishment of WUNC-TV, the founding of the four-year teaching hospital at UNC Chapel Hill, and the Morehead Planetarium. Carmichael served as Controller, Vice President, Finance Officer, and was briefly Acting President of the Consolidated University, after the resignation of Franklin Porter Graham in 1949. Born and raised in Durham, North Carolina, Carmichael received a degree in commerce from The University of North Carolina (Chapel Hill) in 1921. After graduation, he worked in the advertising business in New York City and in the New York 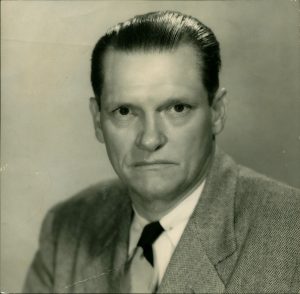 Stock Exchange. In 1940, he returned to North Carolina, and began his tenure at the Consolidated University as its Finance Officer. The Carmichael Building at UNCG, which originally housed the educational television and radio center was named in his honor. The building remains an integral part of the Department of Broadcasting and Cinema.